The defense against internal attacks on the Online Election Manager 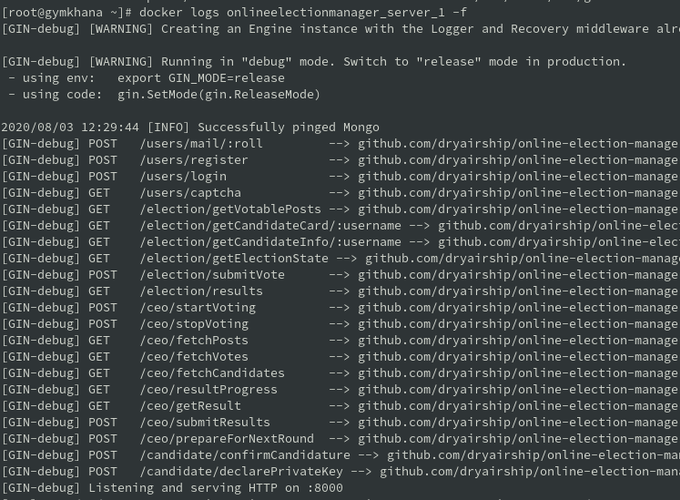 The defense against internal attacks on the Online Election Manager

I built the Online Election Manager in my first year, as a part of the project track for the course ESC101A. The project was highly appreciated. Various people have starred the GitHub repo (some of whom I highly respect, some I don’t even know). Prof. Swaprava Nath mentioned in his comments that it was arguably the best project, and I was given a full score for the project.

Though (surprisingly) none of the voters questioned the reliability of the application, I believe a proof should be provided nonetheless. The process used during the elections has been detailed in the report, so I recommend you to read that first. The only thing that isn’t obvious in the report is the defense against the various tactics that the server admin can use to try to change the results of the elections. In this blog post, I’ll mention a few things that server admin can do, and explain why that won’t work. Most importantly, you may think that the server admin can run arbitrary code on the server, instead of the claimed code. Well true, but I’ll prove that it still maintains the anonymity of the ballots and the veracity of the results.

First, it is important to understand that I do not claim that the server admin cannot disrupt the elections. Obviously, they can just delete the database, and then we’ll not be able to calculate the results. But note that this is an issue in offline elections as well. Paper ballots? Well, someone responsible for transporting the ballots can just burn down all the ballots. EVMs? Someone responsible for transporting them can just destroy the EVMs. Obviously, if something like that happens in the real life, re-elections would be called. The key point, however, is that if something like this happens (destruction of ballots or EVMs), it must be brought to notice. I’ll prove below that the server admin cannot modify the database without being caught.

What happens if the server admin tries to modify/add/delete some votes?

This issue deals with the veracity of the results.

Since the server admin has complete control over the database, they can try to do this. Further, a vote is not tied to any voter, but to a ballot ID. So for our context here, modification is equivalent to deleting N real votes and then adding back N fake votes.

When a voter submits a vote, they are displayed the ballot IDs that were used for their votes. The voters can save these ballot IDs. When the results are published, the list of people who had voted is also published, along with all the ballot IDs and the corresponding choices (i.e. candidates).

Now we have 3 situations:

Thus, in all 3 cases, the discrepancies will help detect that the server admin has been involved in some fishy activites.

What happens if the server admin changes the code of the server or peeps into the database?

This issue deals with the anonymity of the votes.

Let us say that the server admin rewrites the application and we can assume that any data that is sent over to the server can be read and analysed by the admin. But the interesting part is that the server only serves as a communication medium, and no actual cryptography takes place on the server.

The key point is that the frontend is responsible for all the encryption - the backend just stores and transfers it. So even if the server admin controls the backend, they can do nothing with the data.

So is this a zero trust system?

Not really. If the CEO and Server Admin collude and actively try to break the anonymity guarantee, they can. However, the CEO is a position of great responsibility, and in most cases it is okay to trust the CEO. I mean, after all, it is the job of the CEO to ensure that the elections are held in a fair manner. However, I believe there must exist some way so that we can fix this one issue. This is something that can be pursued as future work on this project.

For some reason, earlier I too used to think that I needed to prove the integrity of the code running on the server in order to prove that the elections have not been meddled with. And so I started to look up research papers on that topic. I couldn’t find any, and instead, I found this answer, which says that it is not possible. :( I find this a rather interesting problem, something that I’d definitely like to work on. 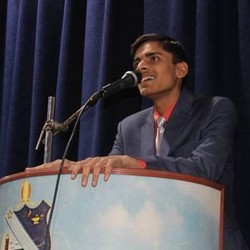